Flushed with his recent success in the Northbrook 2018 parkrun cup competition Mark Parker ran 18 miles in the rain from home to the Bedworth parkrun on Saturday 28 April where Northbrook took on most of the officiating roles. Not satisfied with that effort he then ran the course pushing his two children in their double buggy. Before the race Bob Adams introduced the Club to the assembled runners in what was for him an unusually short speech. The race was won by Andy Green of Team East Haddon. Northbrook’s Damian Dear was second. Northbrook’s Natasha White was the first woman to finish. 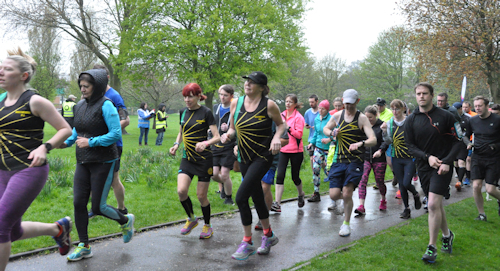