A long day was in store for the 14 men, 4 women and 9 supporters who headed to London for the cross-country season finale. This was the largest number of runners we had entered at the Nationals for a couple of years. Everyone was excited, the coach was on time, the weather was sunny but cold and we set up at the top of the hill with the best view across London we could get.

The course was the driest it had been for years but there were still patches of sticky and slippery mud. The women started off and showed us how to master the climb out of the pens and through the funnel at the top of the hill. Great running ensued and the women scored an amazing 86th team place on the day. All our women managed to get round before the male stampede that followed caught them up.

Then the men started, from 400 abreast in the pens and at least 6 deep, the gun went off and you felt the ground tremble, you battled through the steam and sweat in the sprint to clear the funnel at the top of the first hill. The noise was like a horse race, there were elbows, they took the tape and the marker spikes with them, no prisoners were taken. The stop start of the first mile for the men was a gentle introduction to what was to come. For one of us with road shoes on from the start it was careful placement on the slippery and sticky stuff. For another the sticky stuff claimed both shoes and he ended up in socks to finish the race.

Our supporters were in fine voice all round the course; with words of encouragement, abuse and advice ringing in our ears we ploughed on. The competition was what you would expect, fierce and fast, but our men claimed a 95th team place out of 162 on the day. The best I can ever recall.

With everyone of us displaying the “race face” at the end it was evident we all put a shift in. A great Northbrook day out with great Northbrook performances. Put the spikes away now guys and girls, concentrate on those road races, the cross-country will be back before you know it – Spencer 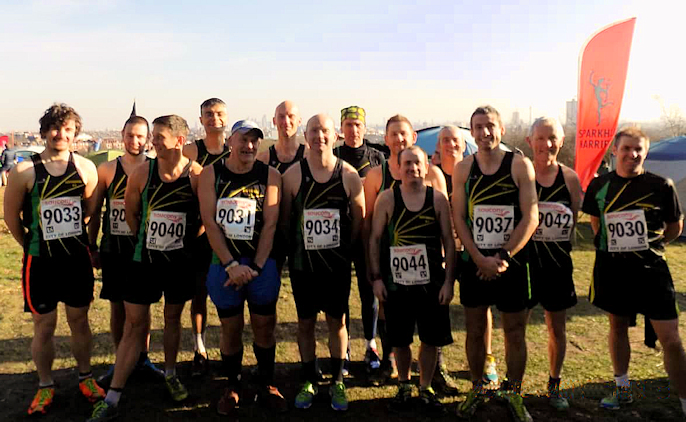 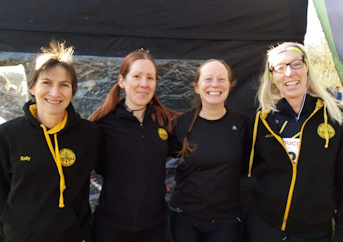 Four Northbrookers, one marshal and one supporter headed to Ilmington for the remaining race in this year’s winter series. Once more up the hill to claim the coveted gilet and the sausages. For some who were not on form this was a tough day at the office, while Tony had the best run of the series. Though this course is long and tough, when you are on form it has its merits.

It has been a great series again run in all weathers with great company and new friends made, I’m sure we all want a few months to get over it before the urge to run back up the hill raises its head again.

See you next year – Spencer

This event was rearranged from December after heavy snowfall. Unfortunately, the new event was a day after a tough cross country league race, but it provided good training on tired legs. 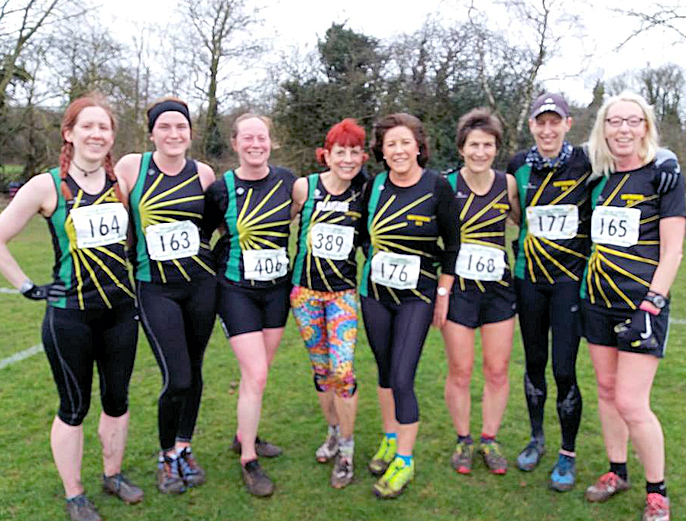 Ten Northbrookers headed over to a cold and chilly Chelmsley Wood for Race 4 in the Grand Prix series. It was slightly busier this time as it also hosted the Midlands Masters 5 mile handicap. With the temperature being so low you had to run hard to keep warm and wrap up very quickly afterwards.
Great runs all through the field with Julie not only achieving a pb but also getting 3rd in the handicap series with a bottle of bubbly to celebrate. It only got better when Bernard also won a prize in the raffle – Spencer

Starting and finishing in Cassiobury Park near the town centre the course took us out through some posh suburbs before crossing over the M25 to loop round some traffic clear country lanes before returning on the same route back into town. There were a number of VERY cheeky hills in the course so not one for PB attempts. A very well organised event and far more scenic than you would expect – Rob 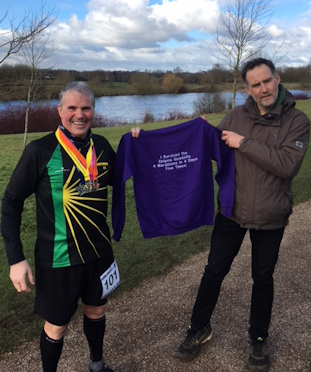