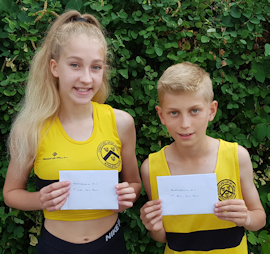 On one of the hottest days of the year Chris Sharp from Knowle & Dorridge RC won the 2018 10k race in 33:50, with Scott Hazel (Massey Ferguson RC) 2nd and Ben Taylor (Kenilworth RC) in 3rd.

For Northbrook Natasha White was first counter in 40:34.

In the Junior Run, Adam Taylor won the event in 6:26, the first girl was Ellen Taylor who finished 2nd in 6:43.

You can check out the results from previous years here