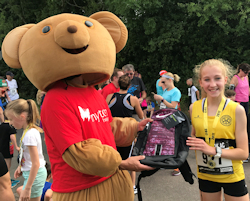 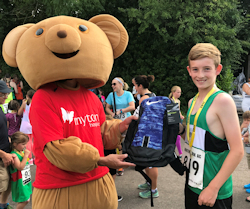 In the Junior Run, Ellen Taylor won the event in 6:01, the first boy was Ryan Hill who finished 2nd in 6:03. Their prizes were presented by Myton Hospice’s mascot Monty.

You can check out the results from previous years here