My plan was to coach Liane round to finish as it was her first half-marathon. The course is very scenic with a number of undulations, all run on tarmac. Also, it’s run in conjunction with a 10km race, and 2km fun run.
Parking was a breeze and the organisation can’t be faulted.

All went well for the first 10 miles but I stopped to help a runner in distress, hence the slower time than anticipated.

The Daventry Challenge comprises a 3.6-mile out and back route, and competitors decide how many laps to do within the 6-hour time limit. The course is relatively flat, with a few small inclines. The majority of the course is over crushed stone, but there are tree roots, a few small sections where the pathways are more natural and a section of single track running.

The Equinox24 is a 24-hour mixed terrain race around a 10k loop against the clock, set in the Belvoir Castle Estate. This year we fielded a small team of five, a soloist with support crew, three 10K entrants and half of a pairsome to be in line for another fantastic weekend. It started off as expected, raining, wet, gusty and with warnings about erecting structures. Since when has that ever stopped Northbrook? Most of the camp was set up by the small recce party.

As the first night degenerated socially to a beer mile, a live band, a drunken singing game and to enjoying the atmosphere we kept the Northbrook flag flying high with the best of them, showing how hard we could party. Mark showed he was the real John McLane from Die Hard and there were rumours of a new boy band on the scene.

On Saturday a few heads were still reeling from the strength of the now customary Prosecc-woos when the event started. Everyone was buoyed and the cheers of encouragement as we passed Northbrook central kept us going. Jo was steady, and just kept rolling on through the wind, the driving rain and all night long. The 10Kers did what they set out to do and experienced day and night runs enjoying every moment. As the night time approached the support crew came into their own; they could be heard a kilometre from the finish so we knew what we were approaching. The dance moves and encouragement gave us all that extra bit to the finish.

Everyone’s last lap was faster than expected, which usually resulted in hurried sprints to get our next runner to the finish line ready for the take over. With the possibility of one last lap and the realisation that it would push us up to a top 20 position, I threw on the driest of the wet kit as two of the team were already broken and one was holding onto a pushchair for dear life and adamant he was not letting go. The team were there to keep me going and we even had a team run-in with a vest acting as a make-do banner.

Northbrook came and we competed in one of the best events we do. See you all next year? – Spencer 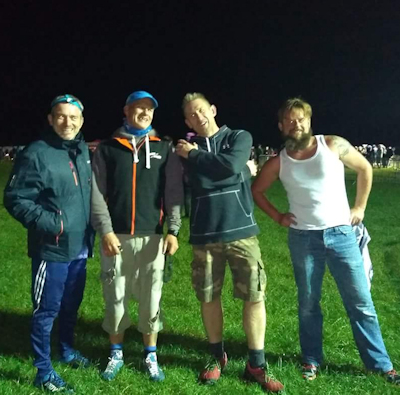 The night before beer milers

Thirty Northbrookers made the annual pilgrimage to Sutton Park for the Autumn Road relays. Undeterred by the damp weather, the three women’s and men’s teams put in a great effort.
Although missing out on an invite to the Nationals, everyone did Northbrook AC proud – Terry

37 Northbrookers and training group members headed to Stratford for the 10th Stratford Big 10K. With nearly 1300 finishers this was a bigger event than some had run in before but they were not put off.

Having been put through their paces for 18 weeks over the summer in the 10k training groups everyone was nervous but excited. The weather was looking favourable and the pace soon settled down to give us all some good runs.

Craig led us home as is becoming the norm, and the remainder of us ran out of our skins to follow him. Great event with great colleagues, and it was fabulous to see them all come home to big cheers.
Well done all – Spencer 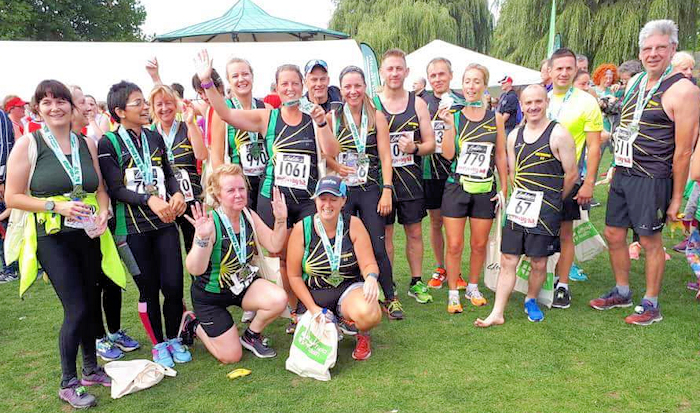 An early start for Team Smith as we headed south for the Bedford Half-Marathon. This is a very well organised event run around a country park, over mixed terrain.

Unfortunately, no PB’s this time but in the heat we were all glad to get to the finish line, where we were treated to crisps, cookies, sweets, a technical T-shirt and a nice chunky medal – Allison

Absolutely stunning course through the Bedford riverside, and very well organised on such a beautiful evening. Thoroughly recommended.