Twelve Northbrookers headed to Wollaton Park in cold and wet conditions. What we did not expect was how tough this course was going to be. There were 3 steep inclines per lap, 2 log jumps and a very squishy, sucky, stinking piece of bog ground that went on for what like seemed forever.

Unfortunately we didn’t have enough women to complete a team but that did not put them off as they showed the men how to do it. Great runs by all 3 in those conditions.

The men set off before the women which meant some of the women were chased down by the leaders. We had a scene from the Full Monty, confusion when we were lapped and some great battles through the field. Liam led us home (not sure how he gets round these so quickly but I’m sure we could could all learn). A tough course but great running from all of us – Spencer 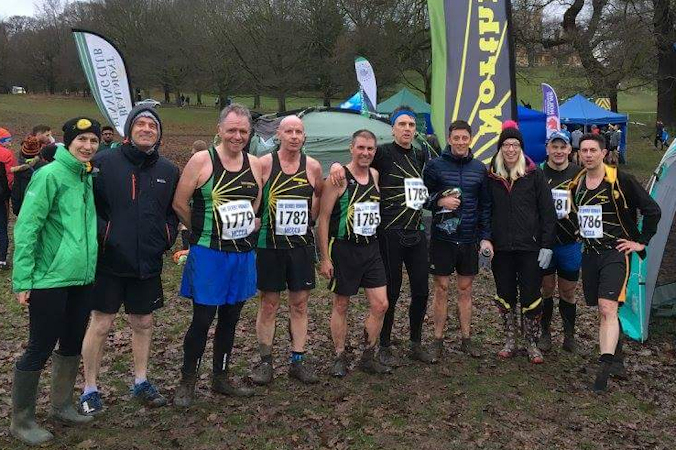 Four Northbrookers headed to Ilmington with a sick marshall, all still in the hunt for the coveted gilet. The weather was awful, cold, snowy and settling fast the closer we got. Certainly not a day for pushing for a time. The marshalls were out in force with the constant “stick to the right” instructions and “take care, ice and sleet”. With an inch and a half of snow at the top, and with some stopping for snowball fights and having an attempt at a snowman the event was great fun this time. Even the prospect of the long drag up was forgotten about with the biting cold and the snow in the face, but at least the water station was serving ice in the cups this time. All finished safely and we headed to the nearest pub to imbibe a spot of rehydration and enjoy the log fire, even if the landlord was worrying I was on fire, but it was just the steam coming out of the layers – Spencer

Five Northbrookers headed over to Stratford for the “Not the Roman IX”. For three of us this was our 2nd race of the weekend after the cross-country the day before. This is a 12km (7.5 mile) race taking in the delights of
Loxley Hill. The weather was cold but dry and the field was closely compacted at the start, but it soon spread out and we all found our own places and battles. It’s a race of two halves. The first half appears to be mostly uphill, summiting at the top of Loxley Hill, then you can open the legs up and make the use of the downhill and flat sections. Great race, and a great measure of how the winter training is coming together. PB’s from Paul and Julie and Craig debuting at this distance made it a good day for the club. Well run all – Spencer

League Race 3 at Cofton Park came round with great excitement. We hoped for a good result on a tough course in cold conditions. That meant plenty of racing short shorts and vests out with the men. We had a great turnout with some of our more experienced members back to bolster the ranks, and supporters all the way round the course. The field was again fast, breathtakingly fast till the first climb, and then once it settled the downhills gave us the break from the climbs. The finish was even faster than the start with full blown sprinting for those vital points.

Overall a great performance by the team who gave everything out on the course to give us our best performance season to date. Great battles were witnessed by our jubilant and very vocal supporters right through the field.

We need to do it all again guys, one last big push and we can let them know that if Northbrook go down it won’t be without a fight – Spencer 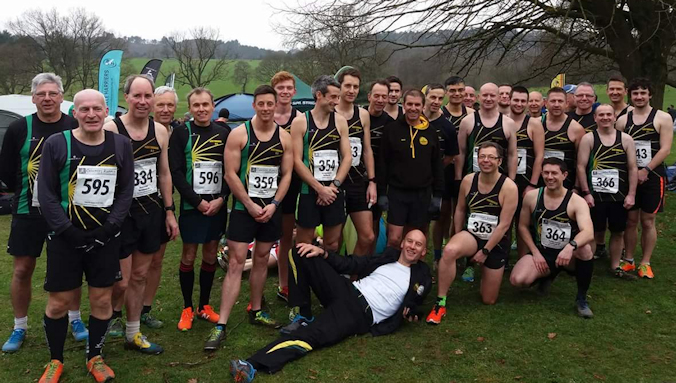 These are the men who ran…

…and these are the men who made it happen

Race 3 in the Grand Prix series saw 17 Northbrookers heading to Chelmsley Wood. With the cold and frost the night before the decision was taken to run the course in reverse, it was still 5 miles but a change is always good to keep the mind alive. There were a few icy patches and the frost seemed to get more compacted as the race went on. Great efforts by everyone, especially the five who had competed at Warley Woods the day before. Great local event, well worth turning up for – Spencer 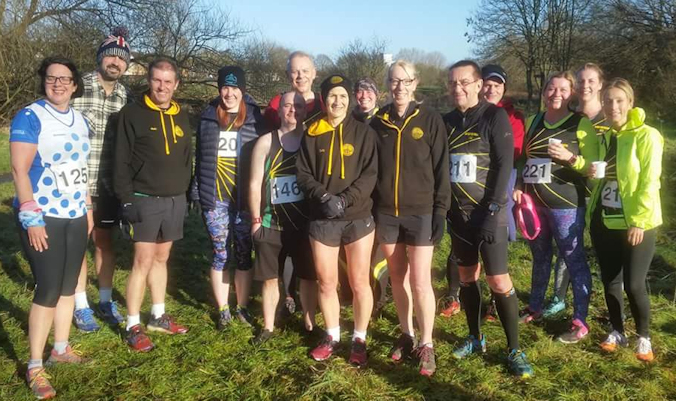 Eighteen Northbrookers headed to the Warwickshire championships to represent the club and fly the sunburst over the field. The course was not as wet as feared but still had one climb on it per lap. The weather was dry but with a bitter cold wind it meant we had to run harder to stay warm. The fields in both the men’s and the women’s events were strong and fast, breathtakingly fast for the men’s first mile.

The women went first to show us men how to do it; they had a great run with some really good battles between themselves and other clubs. Great support from the men to rally the women on gave them an 8th team place on the day in the Masters category – top Coventry club.

The men followed and after the first mile it settled down. Our “groupies” were envied by all the runners around us and they made sure we did not flag or ease off for one second. Everyone gave everything they had out there, resulting
in great performances and some truly epic battles taking place between clubmates and other clubs. One of the most competitive races we have been in for a while. 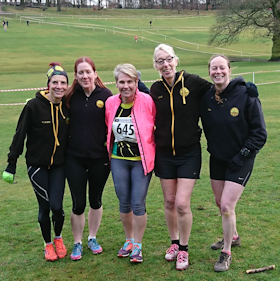 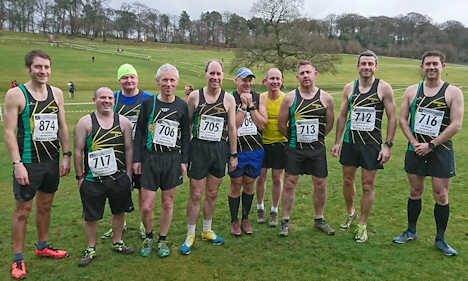