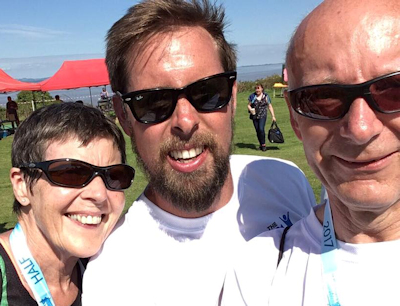 We had a lovely weekend in Portishead for Ben Smith’s 401 Festival of Running; we had entered the ‘401 Challenge’ which comprised a 10k on Saturday evening, a 5k on Sunday at 9:00am and a half marathon at 10:15.

It was hot and hilly!

Eight Northbrookers headed over to Draycote Water on a warm, windless and sunny morning. Lack of wind meant no headwind but also made it a very hot and humid run. Great running by everyone in tough conditions.

A well organised event with great support at the end – Spencer

Repaying the compliment of Sphinc AC members joining in the Northbrook Summer Handicap, the McNaney husband and wife team ventured over to Corley for the 5th race of the Sphinx AC handicap. Fifty-two runners completed the 5.2 mile course.